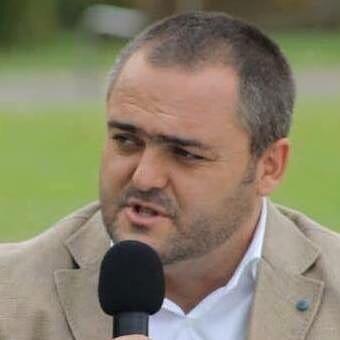 Eduardo is an advocate of the Reflexology clinic in Portugal and it is his intention to establish a credible body in order to see Reflexology accepted by the National Health Service.

In this moment, I have 50 students in Madeira and Portugal, were I teach reflexology and work in my clinic in Lisbon.

I organize workshops and many conferences to promote reflexology, in schools and in public places, every week.

Today a big hug to reflexology and I’m very happy because I write every week to a local newspaper and I go to the local television channel every two weeks.

Because of all my work in promotion, and the results I obtained in reflexology, the government allows that we can work in hospital and have created conditions and regulation for complementary medicine. 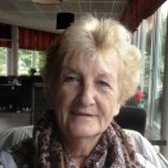 Have be involved with reflexology for more than 50 years. Is founder of Dutch associations and together with Mo Usher founder of RiEN. Is member of ICR and was on the ICR board for some years as treasurer. Has have a school for reflexology for 15 years. Is part of the BeNeLux reflexology Network of RiEN and helps to organise conferences. Is working in a total health organisation in the Netherlands to create a new system for health.
Moved to Spain and started to teach reflexology in Spain.

Has a background in APP, reflexology, kinesiology, astrology, nutrision and gives seminars in reflexology,

Has made here own system in a combination of reflexology and kinesiology and have given a lot of seminars about this system in the Netherlands, Germany, China and Slovenie.

Initiated to Reflexology in 1986, & having improved my training in the 1990’s, I have started to use it in my clinical dietetetics (inspired from hippocratic teachings) consultations since 1992. At this time very few reflexologists did practice in France. In 1998, I was present at the first inaugurating A.G.M. of F.F.R. (French Federation of Reflexologists). Having been main co-worker of Mireille Meunier, founder of F.F.R., for several years, she brought me quite a lot in this specific work of teaching reflexology, although teaching as a professional & practicing reflexology was already part of my activities.
In 2002, my brother & I decided to found an association of reflexologists, on a very definite ethical basis, because we had realized that many reflexologists practised various methods of complementary medicine, but in a big confusion.
It is in our values to do what we think, what we believe & what we say. More than 10 years have convinced us we made the good choice. 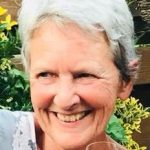 I am trained as a common nurse in a childrens hospital and studied after some years for district nurse. I worked for 30 years as a nurse in consultation offices for children from 0 till 4 years old. (and their parents), did house calls and gave advice by phone. I also am a pedicure and for several years I had a reflexology education school and  trained people to become a reflexologist. I waspart of an examination committee for pedicure students for many years. Nowadays I give aromatherapy and reflexology workshops for wellness students. I have 3 children and 6 grandchildren. I was a boardmember of RiEN from 2011 – 2019 as vice secretary and secretary.